Shopping Cart
Your Cart is Empty
Quantity:
Subtotal
Taxes
Shipping
Total
There was an error with PayPalClick here to try again

Thank you for your business!You should be receiving an order confirmation from Paypal shortly.Exit Shopping Cart

The awareness of our past is a warning to the future; thus, today, equating a human-being to property is incomprehensible. Upon reflection, we can be grateful for the attachments formed between Albert, Lizzie, Jim, Charles, and countless others [image left]. Bonds like these led to profound changes that began in the heart and grew to relieve a nation. The McCoy Slave Cemetery is a symbol of everlasting heart and enduring humanity that would not be diminished by maps, money, and melanin.

When hard pressed, I cried to the Lord;

He brought me into a spacious place.

The Lord is with me; I will not be afraid.

What can mere mortals do to me?

The Lord is with me; he is my helper.

I look in triumph on my enemies.

“In the boundaries of this site lie the remains of the slaves and former slaves of the Albert McCoy (1843-1925) family. Scant historical documentation prevents any reliable names and dates of burials save for those mentioned on the memorial marker placed by the McCoy descendants in 1928. Rough dates for burials extend from the antebellum era (1840’s) through the post-Emancipation period (1880’s). Given the size of the cemetery, it is estimated that 25-50 plots may exist on the site.

"The McCoy Slave Cemetery bears many of the indicators common to slave cemeteries in the United States. These include cultural practices that mix remnants of African traditions with those of Christian beliefs. Firstly, notice the use of periwinkle as ground cover; it was selectively easy to sow and easier to maintain than grass. Next, notice the stones that make up the center memorial; permanent grave markers were not typical to slave cemeteries – when, fieldstones were place by relatives to designate gravesites. Finally, although not negotiable, most slave cemeteries follow an east-west burial pattern: two explanations suggest reason for this: individuals were buried facing East towards their ancestral homeland, and those who were Christian were buried to face the eastern sunrise in preparation for the day of resurrection.

"Thomas McCoy (1873-1949), son of Albert McCoy and member of St. Mark’s Episcopal Church, established a perpetual trust to the parish in the 1940’s for the care and upkeep of the cemetery at St. Mark’s as well as the slave cemetery. His bequest has been faithfully maintained by the members of the church since his death.”

Slave is an indelicate word at the very least; it may have been what Lizzie was, but it wasn't who she was. Lizzie was mammy to Albert McCoy's (1843-1925) twelve children. She and her husband, Jim, had three children of their own who did not survive, but we are uncertain when they died. With so many questions looming, we can be certain of how very beloved she was. Lizzie’s stories, rhymes, and proses have been passed down for generations. They are a testament to her tender nature and creative spirit.

As I sat on rility-rality

I looked over into trility-trality.

I saw a rip-rap catch a mumblecumpipe and

Carry him into the prilcomsheres.

As I sat on the fence

I looked over into the pasture.

I saw a fox catch a rabbit and

Carry him into the woods.

Gone but not forgotten...

About Jim (nicknamed Uncle Jim) was the husband of Lizzie. They had three children who died.

About Lizzie's Christian name was Elizabeth McCoy; the surname of the family she was indentured to. She the wife of Jim, and they had three children who died. She was famous for her storytelling [see above]. It was Lizzie's job to take care of the McCoy children.

There are 25 to 50 souls laid to rest at the McCoy Slave Cemetery. Unfortunately, there are no markers to indicate placement, names, and dates. Individual markers placed were sometimes large rocks, crockery, or crafted from wood which would have disintegrated many decades ago. We honor their lives by tending to their resting place.

A children's story by an antebellum slave mammy finally printed after 150 years.

Scroll down to learn more...!

Please make certain that the 'McCoy Slave Cemetery'      is indicated in the message/note line for your gift. It is because of your generosity that we can better maintain the site. Thank you. 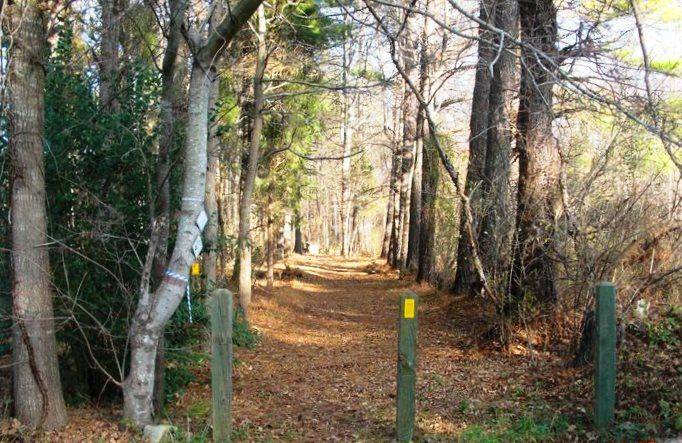 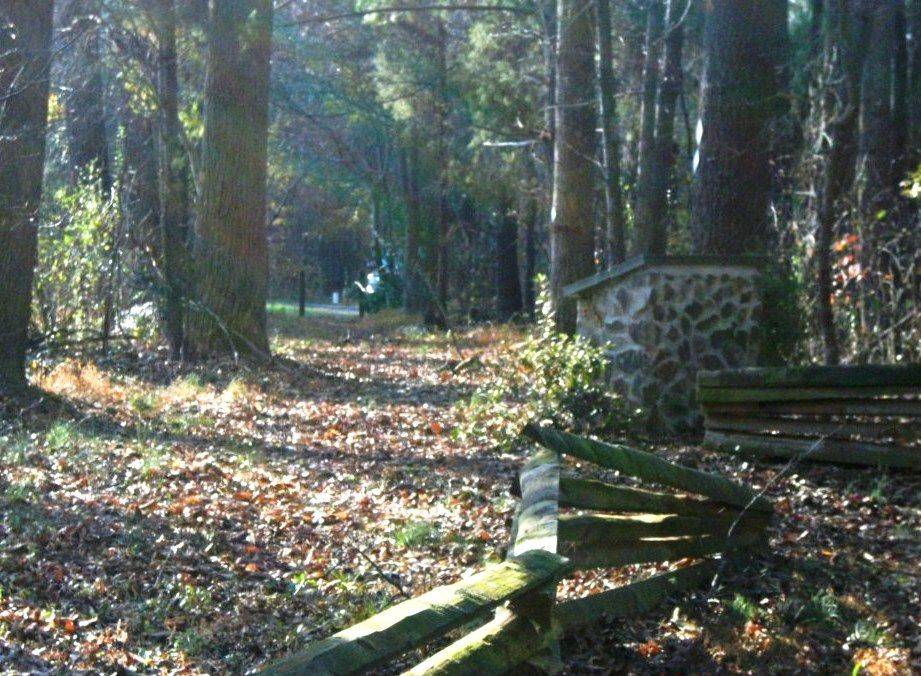 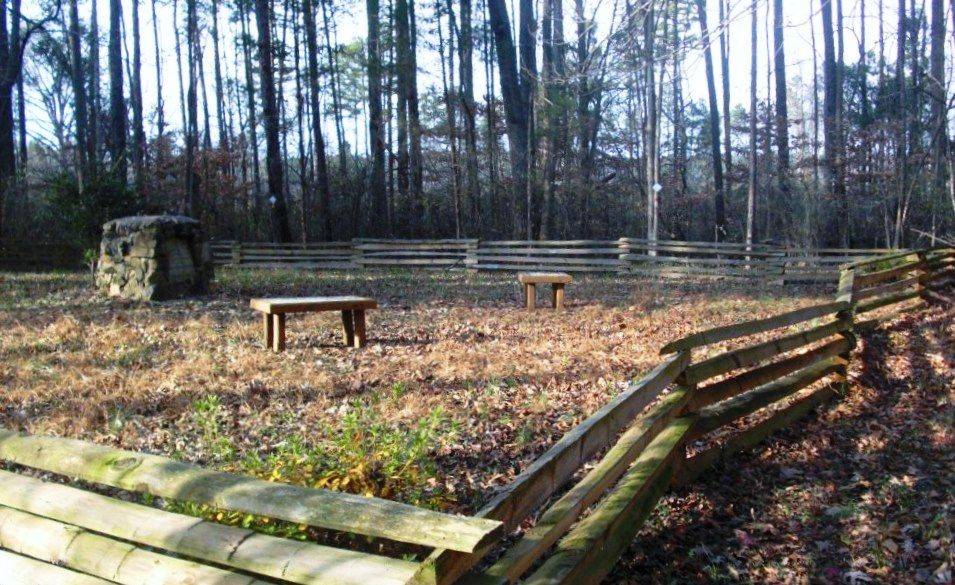 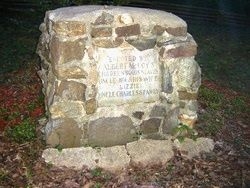 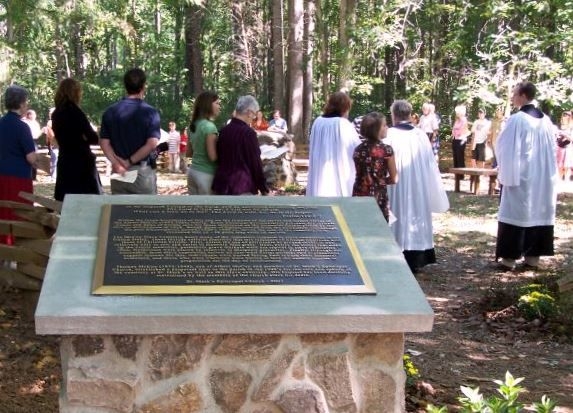 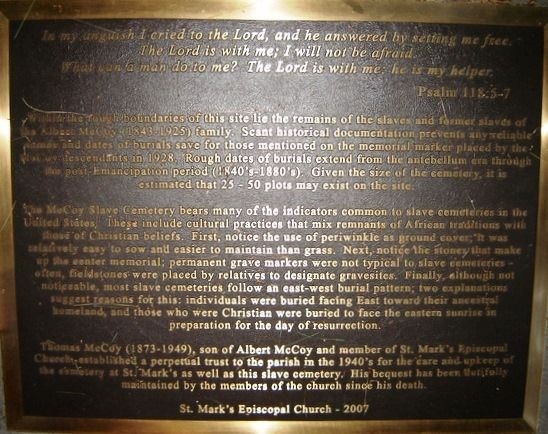 Group and school tours are available by appointment only. Our docents with meet you at the cemetery to provide a guided tour. Schools must provide adequate adult supervision according to state requirements. Please contact us form below.